Exactly three weeks after Hurricane Maria, my island remains in tatters, bereft – not just because of it’s devastated infrastructure but because now, 21 days later, it’s suffering from a bruised and broken heart.
We all understand that the wrath of Mother Nature cannot be controlled. But, as United States citizens, we presumed the American cavalry would arrive to save us the very moment the rain stopped. Three weeks later, it is clear that our frantic S.O.S. is not being answered in time to save our Brown lives.
Here on the mainland, our Diaspora is frantic and frustrated; racing against the clock (the heat, the dehydration, the mosquitoes) to evacuate their loved ones because America is moving too slowly.
What is to become of our beloved Puerto Rico – the island of enchantment now stripped bare of it’s lush beauty? Where will my people go to seek shelter, water and enough food to survive? Will the U.S. Congress do anything at all to elevate their own standing from colonial ruler to compassionate healer? Only time will tell.
Meanwhile, please say a prayer for Puerto Rico and then, call your congressional representative at (202) 224-3121 to remind them that any U.S. citizen is worth saving. 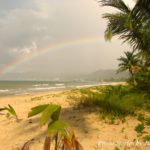 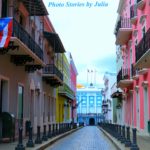 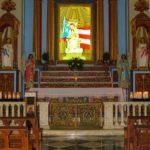